How Often Should You Really Replace Your Hybrid Car Battery? 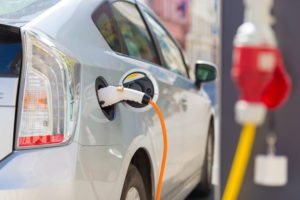 If you’re interested in purchasing a high quality hybrid vehicle, you might want to take a closer look at the details associated with these vehicles. Maintenance can be different, even though in some cases it will take a lot less effort than in the case of a car using a regular combustion engine that can have installed custom mufflers and specialized exhaust systems. And you’ll find that one of the most significant element of a hybrid car is its battery.   It’s no secret that hybrid batteries operate differently from the batteries in regular cars. While you can usually replace a car battery after 4 years of operation, and it’ll only cost you about $70 to $100, hybrid batteries are different. They can last much longer, but they’re also far more difficult and expensive to replace. Some lithium ion batteries can cost as much as several thousand dollars to replace.   So, when is it time to replace your hybrid battery? In most cases, experts can’t agree on an exact time, and while some believe it to be closer to 70,000 miles, others think most batteries can run easily more than 100,000 miles without needing a replacement.   Unfortunately, it’s impossible to tell, since all batteries are somewhat unique, and could give way sooner rather than later. However, the general consensus is that an expected period of 10 to 15 years or up to 150,000 miles is a fair assessment on how long these batteries can truly last, as long as they are well-kept.