What Is a Catalytic Converter and Why Should You Consider Using One? 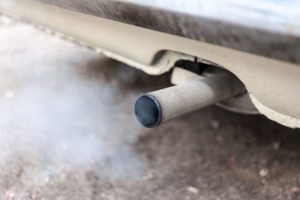 As industrial civilization continued to advance past the 1960s, scientists became increasingly more aware of the impact that we had on the environment as a species. This is one of the reason why automakers in the US were required to introduce a new piece of technology to all the vehicles they manufactured during and after the 1975 model year: the catalytic converter.   What is a catalytic converter? First appearing as an ecological innovation for the US automotive market, catalytic converters are designed primarily to convert toxic gases from the burning process of an internal combustion engine into less toxic and more manageable gases.   Although catalytic converters were around since the 1930s, their widespread implementation did not occur until some stricter rules regarding the use of gasoline engines were introduced.   The use of high-flow catalytic converters is particularly encouraged by most experts. While recommended first and foremost for larger vehicles and trucks, high-flow converters are also capable of reducing or even eliminating some of the common problems linked to newer fuel systems.   Moreover, the use of a more modern catalytic converter is particularly important when it comes to complying with the carbon emission regulations applied to certain states. Finally, as a responsible driver, it can be of special importance to use a more advanced catalytic converter to prevent engine integrity failure.