Written by Bud5adm1n on October 30, 2018. Posted in Uncategorized

Bad Catalytic Converters and The Problems They Cause 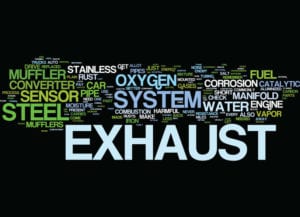 The catalytic converter is positioned in the exhaust system, somewhere between the engine and the muffler, being created to prevent vehicles from polluting the air. They use ceramic beads and precious metals to turn different pollutants (unburned gases, nitrogen oxides…), into harmless gases. The catalytic converters have a quite long lifespan (typically, they can be used for more than 10 year), but they can be damaged by contamination with different substances, as well as by overheating. In addition, the precious metals in their composition are an attraction for thieves: catalytic converters are stolen quite frequently because they contain platinum, palladium and rhodium, even if only in small amounts. Lead is a potential contaminant that may destroy catalysts, although it is not among the most common contaminants. Engine cooling liquids that may escape from the combustion system because of faulty seals as well as engine oils are other substances that may clog a catalytic converter. Overheating can also happen with catalytic converters, being caused by a defective oxygen sensor or excessive amounts of unburned gas resulting from a spark plug or a lost leakage valve. Defects such as clogging can result in increased fuel consumption. Leaded gasoline tends to clog the active surface, neutralizing the catalyst and increasing consumption.